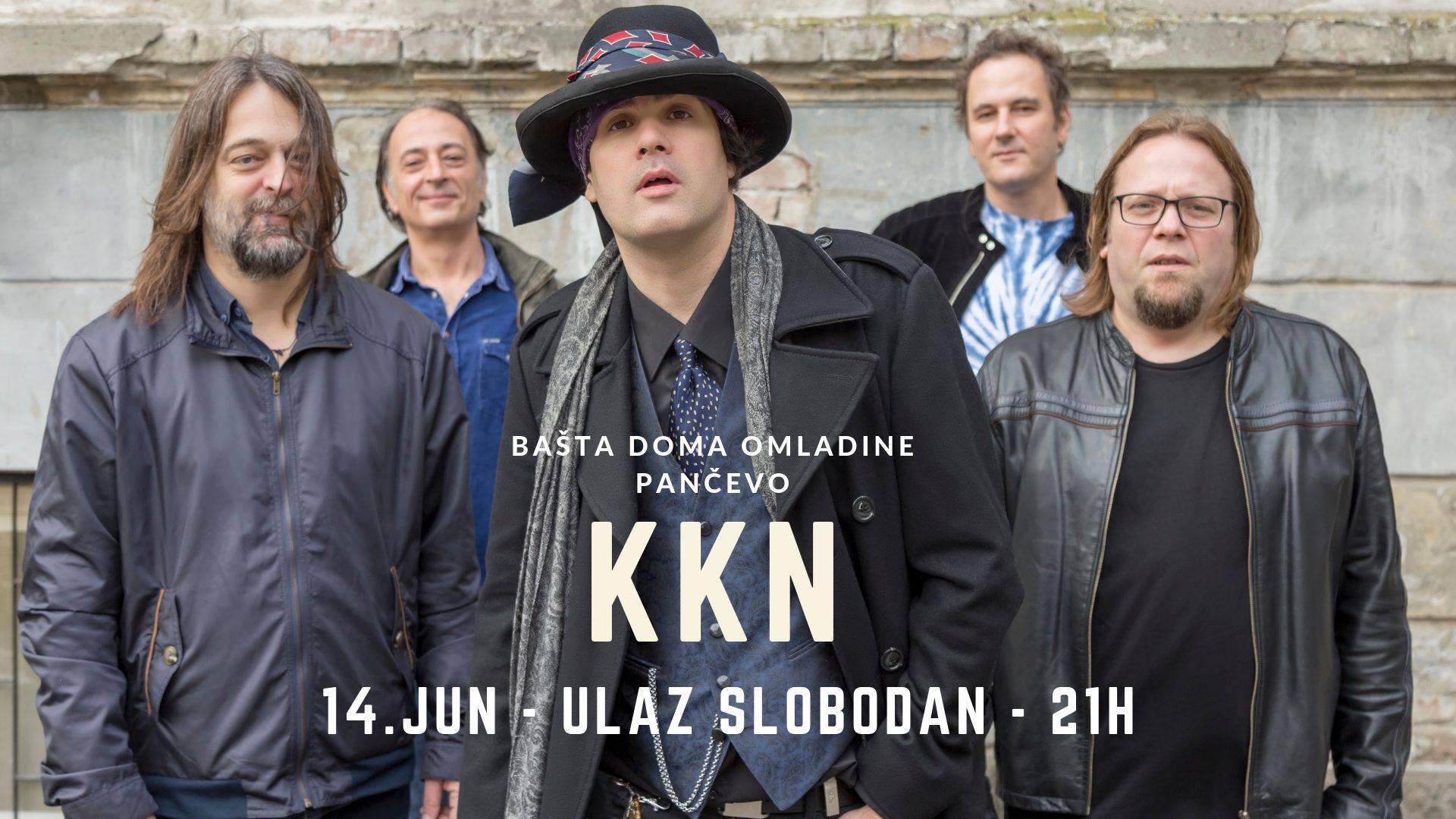 Dom omladine Pančevo, Svetog Save, Pancevo, Serbia
14.Jun.2019
21:00PančevoSrbija
Do you like this event? Click on a button to like it!
Now traditionally, the garden opens its doors to a concert that should start the summer season of the most diverse cultural events that will be offered by the House of Omaldain this season.
This time, KKN, a well-known rocker band composition for the Pancevo audience, will have the honor to dilute the garden and announce the coming year.

* In case of weather, dogging will be held at the Apolo Hall
KKN is one of the key elements of the rock scene from the 1990s, a group of unique poetic vision, whose work remains one of the highlights of the late phase of the development of our rock and roll. They started in 1990 as a mix of friends and, almost three decades later, after eight released albums, subtly, engaged and passionate, KKN entered into collective consciousness as unexpected spokespersons of their generation.
Their new album “Soon”, which will be premiered to the Pancevo audience, said:
KKN again delighted. Though tirelessly consistent, the guys re-launched themselves into the pursuit of innovation and pursuit, and the result of this campaign, called Soon, is, at the very least, remarkable. It’s all in its place, just like it’s recorded. (From the review www.pris.rs) As a voice of common sense in abnormal circumstances and a burst on a heavy wound, the new album is there to make sure everything will be fine. (From reviews hardwiredmagazine.com)
Kanda Kodza and Nebojsa sounds very powerful. Probably only the first three songs are enough for such a court. The guitars fit perfectly, intertwine and fill the sound space very well. The rhythm section introduces songs, performs them, and represents the solid foundation on which the sound of the band is built. In all this, Oliver characteristically transmits messages that are mostly similar. Think, feel and do well, love yourself, do what is right for you, have a stance and be full of hope because “soon” will be good. (From reviews balkanrock.com)
The story of the album “Soon” is a story about a city, who knows who, who knows where. This city tempts you with its labyrinths every time different, it changes like the state of your mind, squeezes cluttered with a thread of an irrational that acts with your soul like that hook-string-stick-hammer mechanism, pulling you out every little bit out until you sweep before the crossroads existence. (Today)